This easy Guinness mac and cheese with white cheddar and blue cheese is sure to be a hit!

Like this recipe? Don't miss Mac and Cheese 101, my FREE online masterclass on all things mac and cheese! 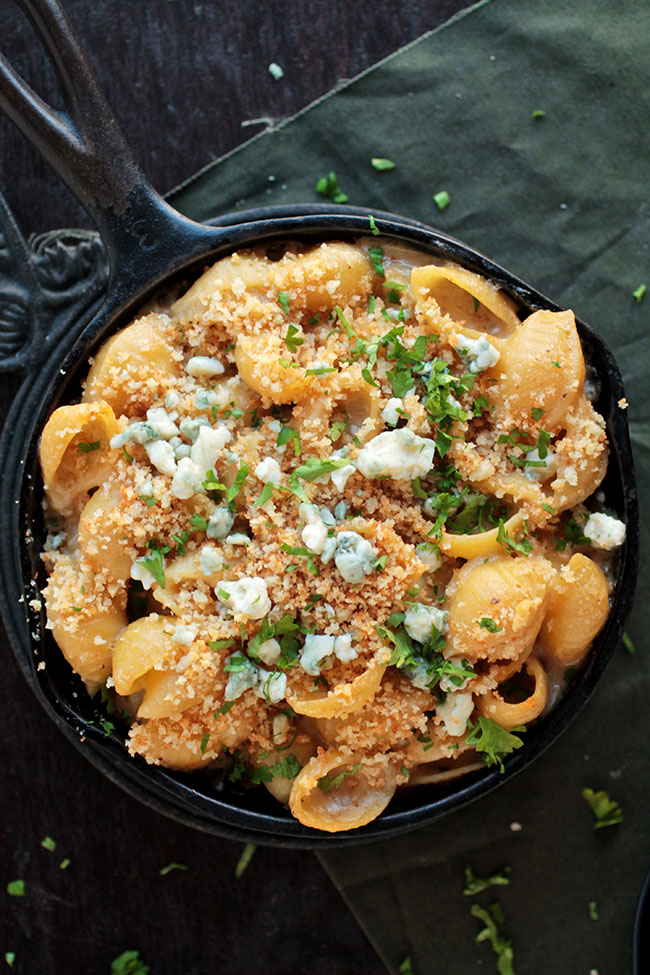 I am a firm believer that there are few (if any) things more awesome than mac and cheese. 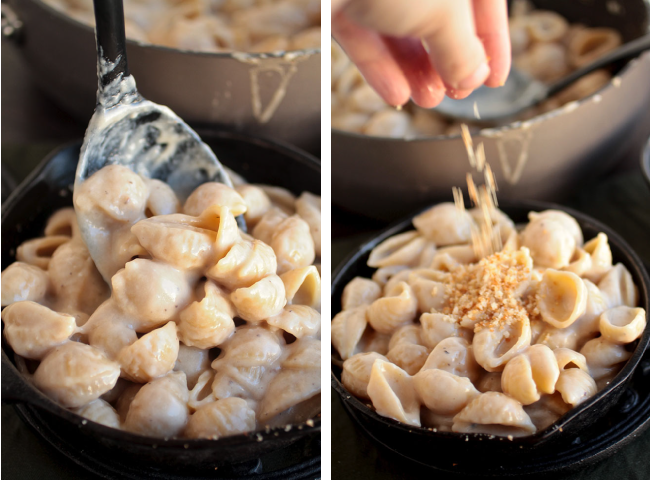 Except maybe mac and cheese with beer in it. Which, ummmmmm, gotcha covered.

This mac and cheese was inspired by the classic Black & Blue drink - Blue Moon with a layer of Guinness floated on top. 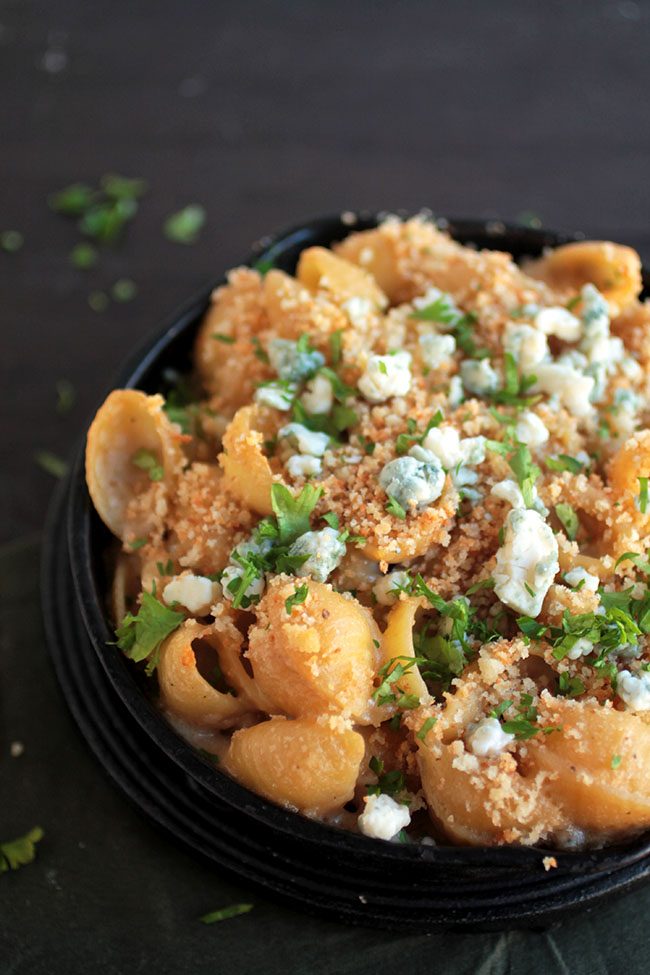 I love adding dark stouts like Guinness to cheese sauces, but I wanted to give this recipe a more interesting twist.

So I decided to swap the Blue Moon in a Black & Blue for blue cheese, mix it all up with some pasta, and bake it in a cast iron skillet until delicious. And after a few COMPLETELY failed attempts (which involved me paying zero attention and accidentally dumping wayyyyyyy too much blue cheese into the sauce) I do believe we have a winner. 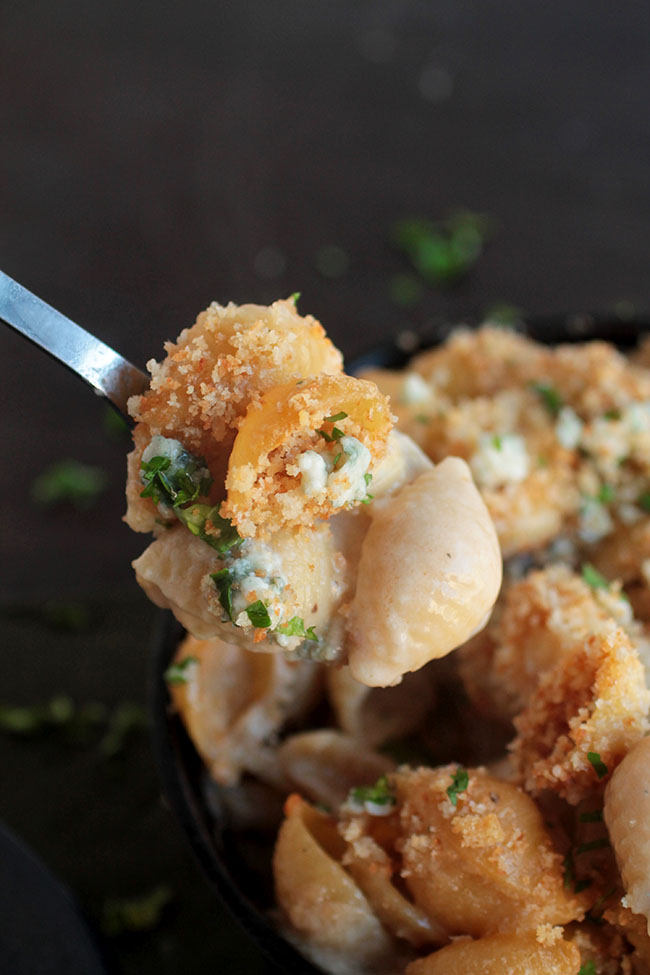 The Guinness and blue cheese in the cheese sauce add depth of flavor and a distinctive taste without overpowering the other flavors in the dish. 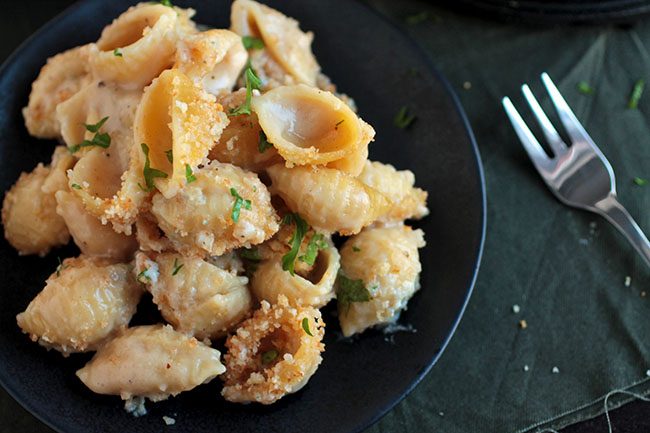 Mac and cheese with a guinness and blue cheese sauce

FOR THE MAC AND CHEESE:

FOR THE BREADCRUMB TOPPING:

FOR THE MAC AND CHEESE:

Skip the breadcrumbs if you'd like stovetop mac and cheese - just cook the pasta all the way until al dente and serve as soon as you've tossed everything with the sauce!

Use more or less beer or blue cheese depending on your personal preference.

Not a Guinness fan? Use a pilsner or pale ale instead for a lighter beer flavor!