This tasty crostini recipe is sure to be a hit! A fresh pea salad with mint paired with easy garlic whipped feta cheese. Vegetarian. 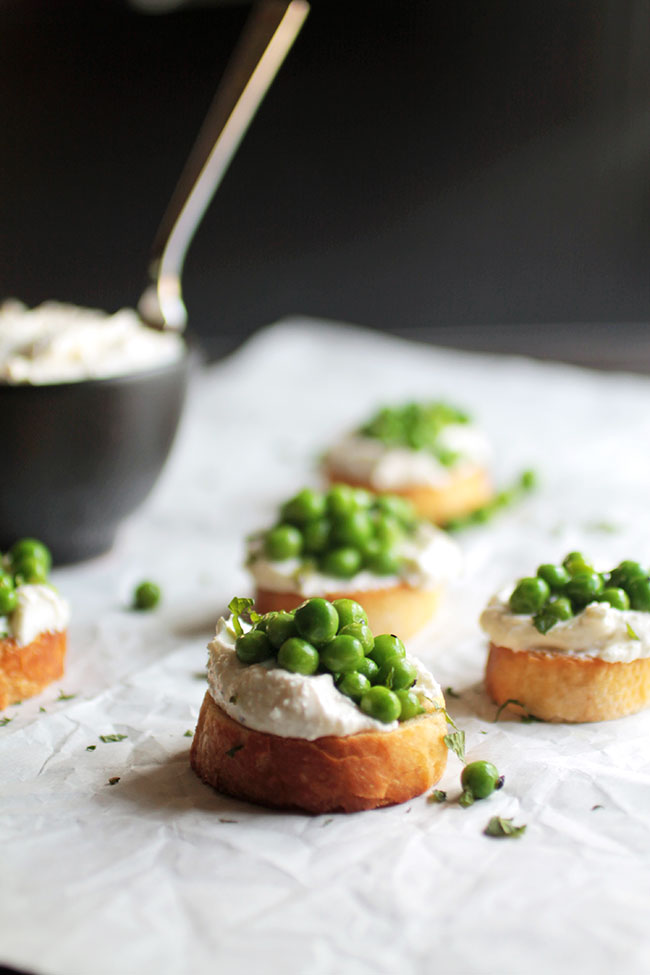 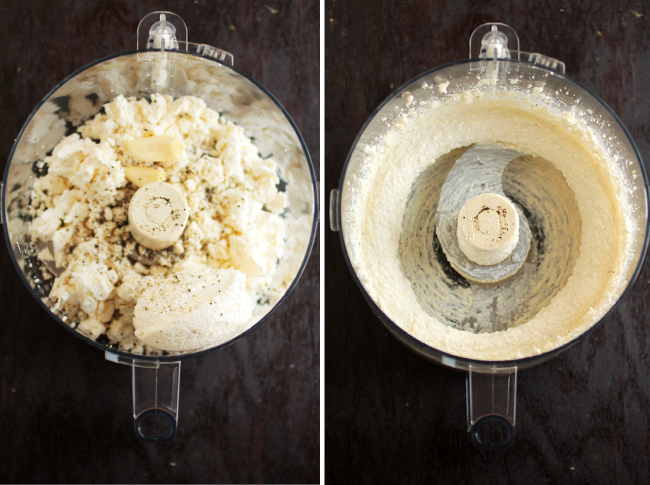 When we got back from New Orleans, Kyle and I went grocery shopping. And I mean, like, WENT. GROCERY. SHOPPING. We bought a little bit (ok, a lot bit) of evvvvverything, partially because we'd been in New Orleans for a week (so, empty fridge), and partially because I had a big list of recipes I'd been wanting to test that I hadn't had time for before the conference - so I was on a mission to cook all.of.the.things.

We went in with a giant shopping list, but still succumbed to all the pretty produce and "oooooooh, look, bread!" and OMG WE SO NEED EIGHT DIFFERENT KINDS OF CHEESE and before you knew it we were home with a few too many bags of ingredients that weren't quite all the way...cohesive? 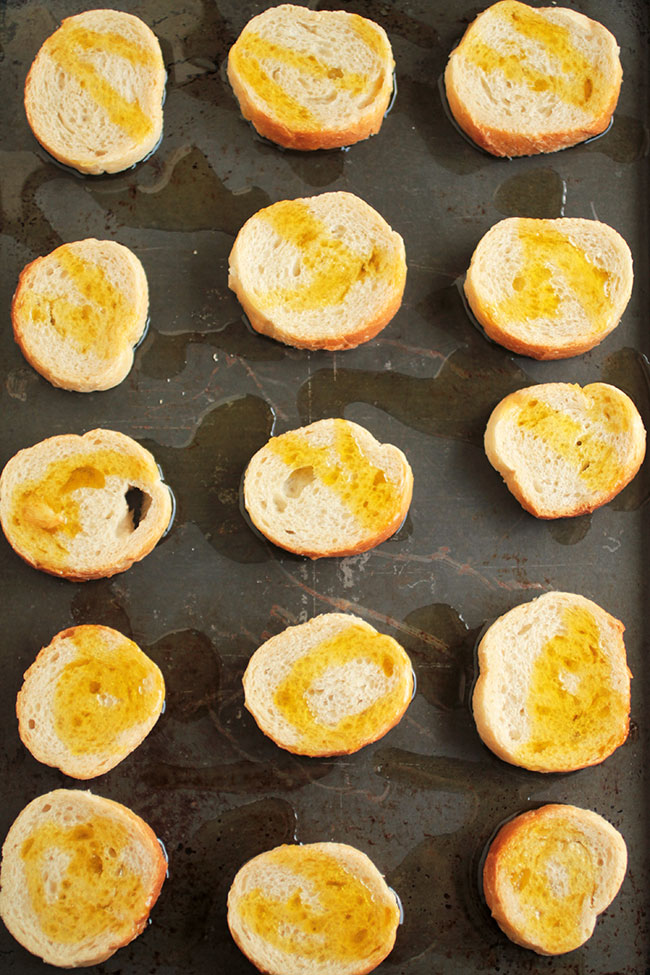 There was also the added bonus of us going to the store together, which meant twice as many impulse buys (helloooooo, all of the gorgeous fresh sockeye salmon even though we have a freezer full of it already) because we have no self control.

(Kyle will probably tell you it's mostly just me with the self control grocery store issues. Which may possibly be a little teensy bit true, but he's getting dragged into it anyway).

Normally I do most of the shopping because 1) I'm the one who's home during the day (less busy Wegman's = less chance of getting trampled by hordes of hungry people) and 2) I'm the one who can't plan ahead and every day remembers something else I forgot so OOPS BACK TO WEGGY'S. (I call Wegman's "Weggy's" now because we're BFFs).

Also, they have a cafe with wi-fi. So it's an excuse to work somewhere other than my house and a motivation to work in something other than my sweatpants (...sometimes). 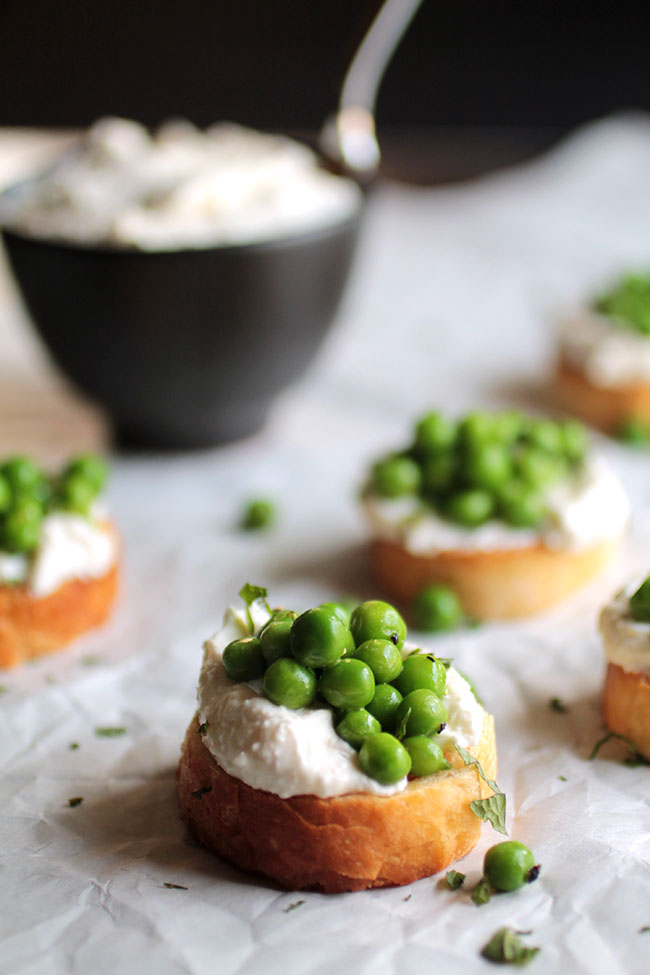 It's nice to shop with Kyle, though. Buddy system means someone can watch the cart while the other person runs around in circles grabbing everything in sight (there's that impulse control again) instead of having to push the cart around and find unobtrusive places to park it like some kind of grownup (lameeeeee).

It also means unconditional support for justifying a donut or three as an afternoon snack (THAT'S LOVE, YO).

Sure, we come home with more food than we immediately know what to do with, but I kind of like having a weird assortment of food in the fridge. I always feel like it forces me to be more creative. (Sometimes it also makes me pretend I'm on Chopped, and I spend all of five minutes cooking with my "mystery basket" ingredients before I get tired of it and remember that I would be the worst contestant ever on that show. Their time limits don't allow for much getting-distracted-by-iTunes-and-dancing-around-the-kitchen time. To which I say pfffft). 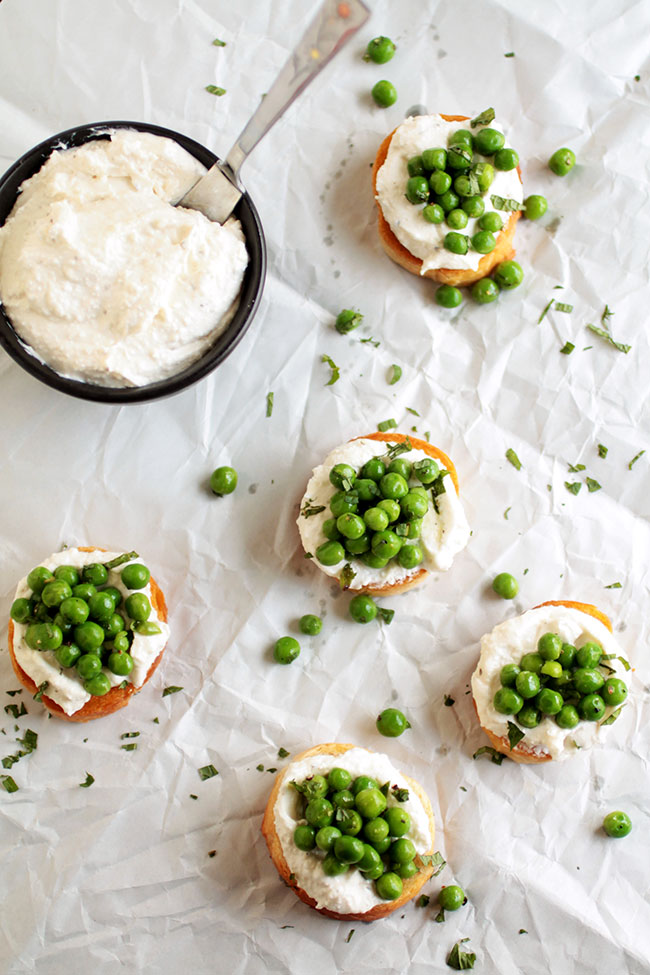 These crostini (geez, Jessie, FINALLY the crostini) are a result of that not-so-organized, big ol' shopping trip - and I'm kind of obsessed with them.

We all know that me + crostini will love each other until the end of tiiiiiiiiime, but I'm new to (and, um, hooked on) the whipped feta cheese train. It's definitely garlicky, so if you want to mellow out the flavor a bit cut the garlic in half or leave it out altogether. This whipped feta is also tasty on toast or in a savory summer galette. 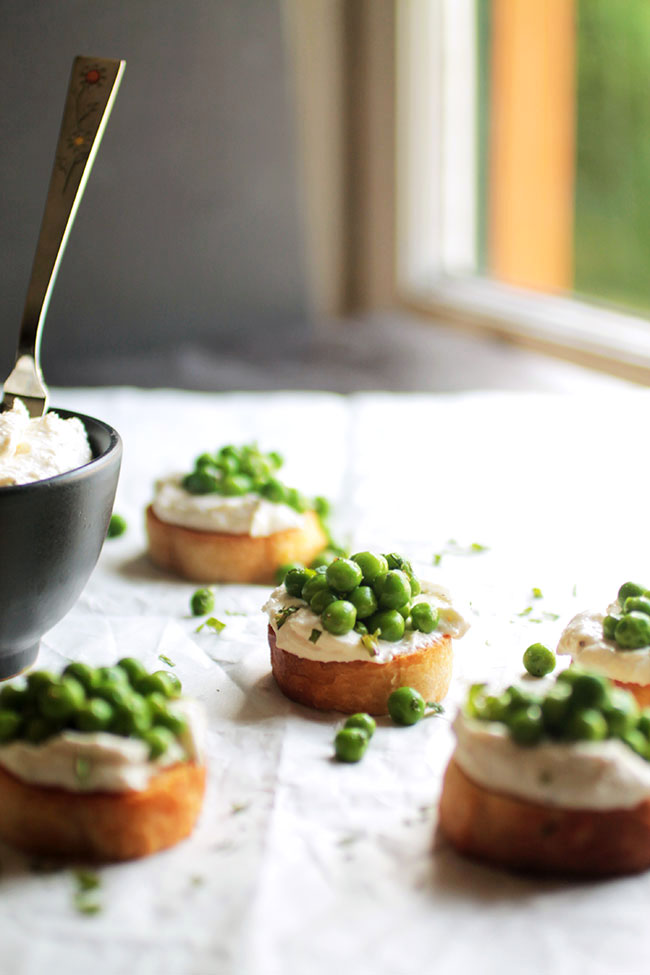 The whipped feta is also sooooooo creamy, and just rich enough to taste awesome without weighing you down.

I quite liked the pea and mint pairing here, but you could swap in pretty much anything you have on hand (see my recipe notes below for some ideas). Eating the whipped feta (or the mint and pea concoction, for that matter) with a spoon is also 100% acceptable. 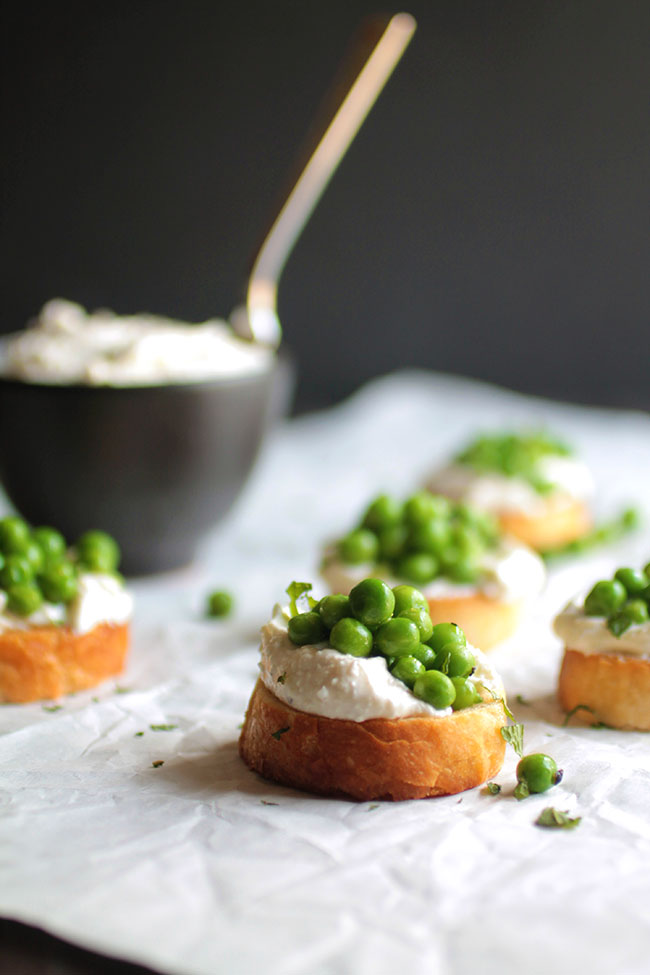 This was super garlicky (in an awesome, awesome way) - but if you're not big on garlic, cut it down to one clove or omit the garlic altogether. You could also substitute roasted garlic for a more mellow flavor.

Dress up these crostini however you like - add a drizzle of good olive oil, honey, or balsamic reduction, toss some diced red onions in with the pea mixture, finish them off with some lemon zest, or swap the mint for basil to give it a different twist.

This feta would also be great with some herbs mixed in - throw in basil, thyme, or whatever you have on hand!

PS, you could also totally toast the bread on the grill if you like.