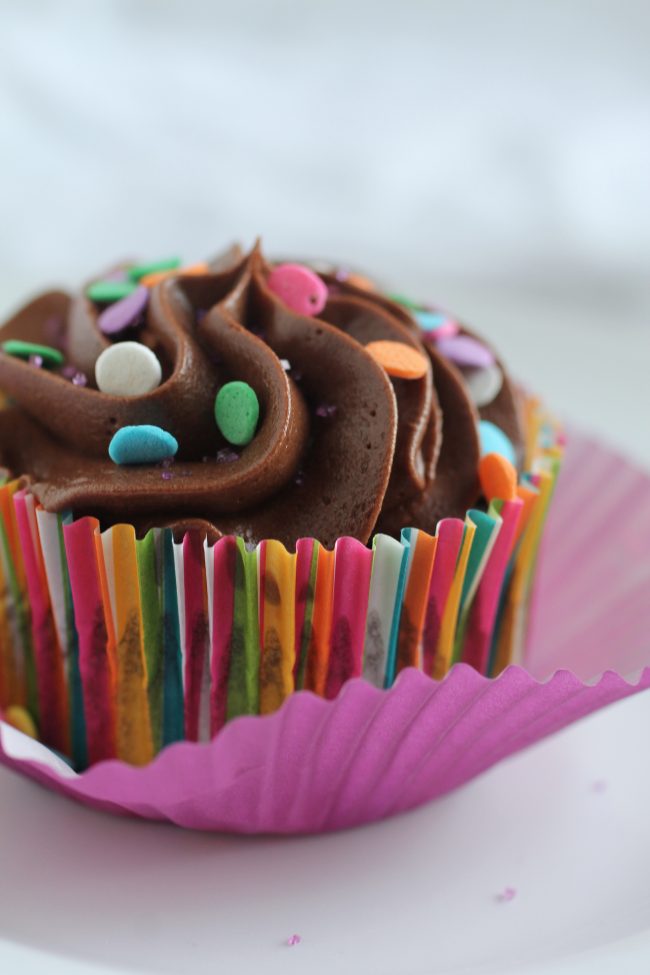 Also, I have about a billion things of sprinkles that I want to use up before we move in August. I'm hard at work cooking my way through everything in our freezer and pantry, but there are some things that are hard to use up. Like sprinkles. I have SO MANY sprinkles. And even though I love them, there's a limit to how many cupcakes I can scarf down in one sitting. 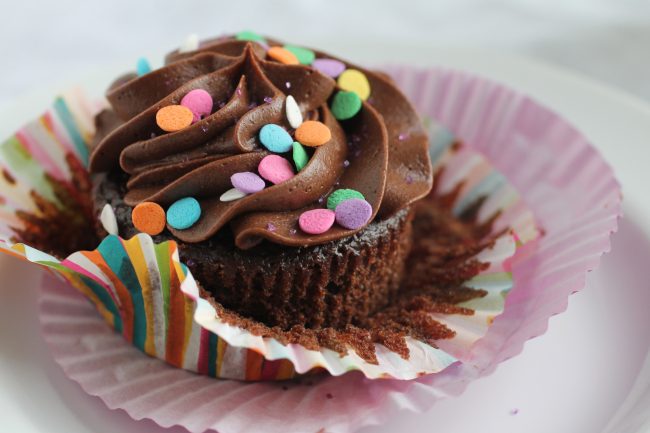 Also, confession: I really don't have that much of a sweet tooth. I love cake. I love chocolate. I love cooking cake and eating chocolate. But I find that often my craving for sweets is satisfied after just a bite or two...and then I have a million baked goods and sweets left over that I can't handle eating, so I have to pawn them off on friends. Which didn't used to be a problem - but now, all of my people are getting real jobs and moving away. Which just leaves me. And Kyle. And about a million cupcakes. Which meant I either had to find a way to health-ify some cupcakes or sacrifice a bunch of REALLY AWESOME sprinkles in the move to New York. And I am NOT one to sacrifice sprinkles.

You might remember that greek yogurt is at the top of my "obsessions" list right now. And after adding it to everything else I've been making for WEEKS, it was only natural that I eventually put it in cupcakes, too. So it's BASICALLY like they're good for you now. (hashtag WINNING).

Maybe next I'll work on some nutmeg cupcakes. That's the other thing I have a billion bottles of. Until then, I'll call these chocolate greek yogurt cupcakes a win. The best part? You totally can't even taste the difference between these and the butter/oil-filled varieties. (And if you REALLY want to healthy them up, you can always nix the frosting or ganache in favor of a bit of low-fat ice cream or a dusting of powdered sugar). Happy cupcaking!

These easy chocolate cupcakes use Greek yogurt for a fun twist!

For the Chocolate Buttercream: 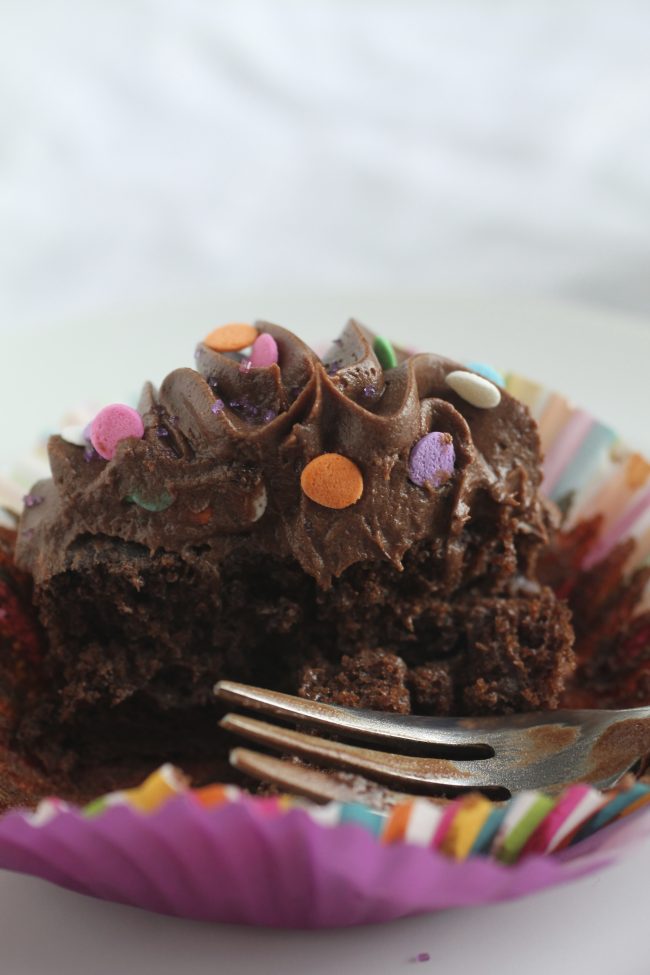 More Recipes for Cakes and Cupcakes