Homemade New England Clam Chowder is easier than you think – whip some up in less than an hour with this easy homemade clam chowder recipe!

In a hurry? Click here to jump straight to the recipe!

OKAY. Remember how last week I was desperate for clam chowder?

WELL. After a disappointingly short expedition to the grocery store (I was thinking clam-finding would be a bit more of an adventure, but apparently my meat/seafood counter is better stocked than I thought it was…WHATEVER) I emerged victorious! (…with clams!)

SO. I made clam chowder. And YES, there will be lots of words in all capital letters in this post. Because CLAM CHOWDER is THE MOST EXCITING THING EVER.

Also, I took about a zillion pictures. Because like I mentioned earlier, my parents got me a SUPER AWESOME 50mm macro lens

for Christmas and I am totally.obsessed.with.it.

Also, big news – Life As a Strawberry is now on Instagram! And y’all should follow me. You’ll get super-interesting snapshots of my life as seen from my couch. But there will ALSO be witty commentary (which I know you all love). So check it out!

But enough of that. Today is all about CLAM CHOWDER! And how you should make it. Immediately. And how I am about to go back to the grocery store and buy a million more clams so I can make this again tomorrow. 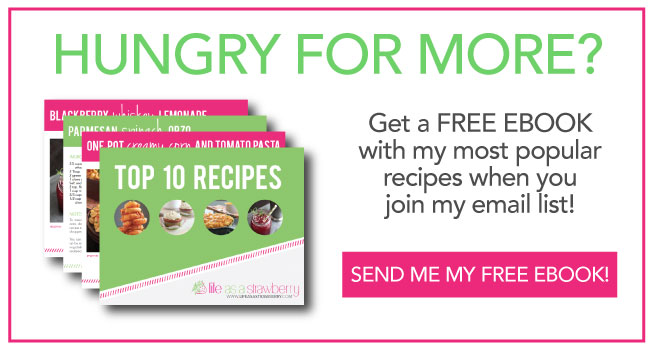 I'm Jessie, and I like to talk about food. Tag your recipes #LifeAsAStrawberry on social media to share your creations!