These easy bourbon vanilla cupcakes are sure to be a hit - and they have a surprise bacon topping that's surprisingly delicious!

This post is sponsored by my friends at Four Roses Bourbon. 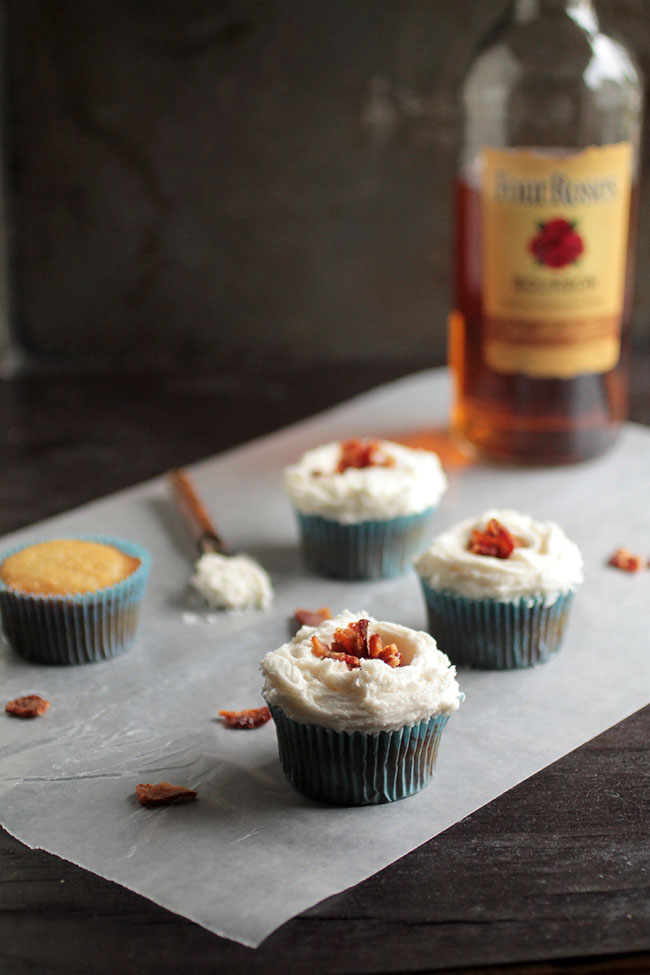 You guyyyyys! I put bacon on cupcakes.

Are you hooked yet? Because I am hooked with a capital H-O-O-K-E-D. 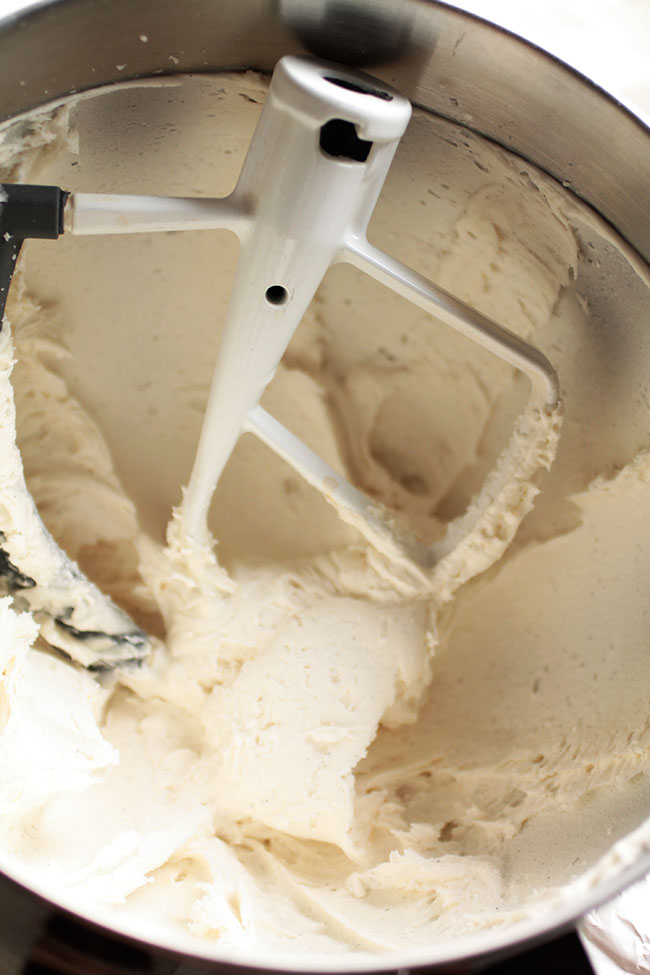 Cupcakes are my favorite things to share with a crowd. Which is excellent, because the warmer weather means we're coming up on priiiiiime BBQ/potluck/share-food-with-a-crowd season.

May is even National Barbecue Month! KISMET. (I'll ignore the fact that we don't actually have a barbecue and just celebrate BBQ month by eating all of these bourbon vanilla cupcakes instead, cool? Cool). 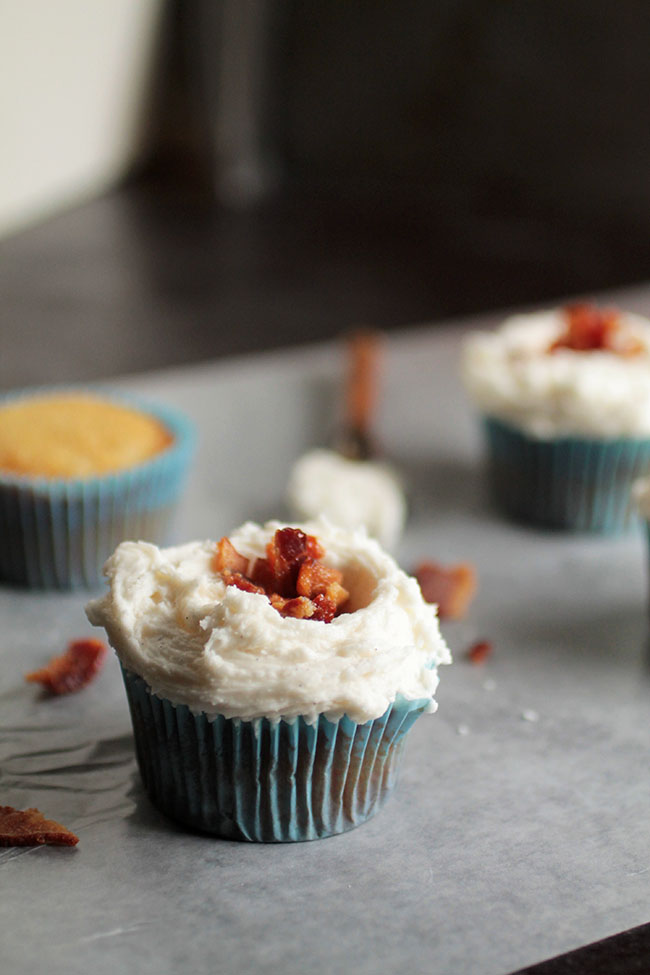 I was a little skeptical about adding bacon here (meat in dessert? I think Friends might have scarred me for life on that one) but I actually loved the way the salty, smoky flavor of the bacon compliments the sweetness of the cake and frosting. (Cupcakes? GOOD. Bourbon? GOOD. Bacon? GOOOOOOOOD. [Sorry-not-sorry. Had to be done]).

Plus, the bacon addition means you could totally eat these cupcakes for breakfast...right? 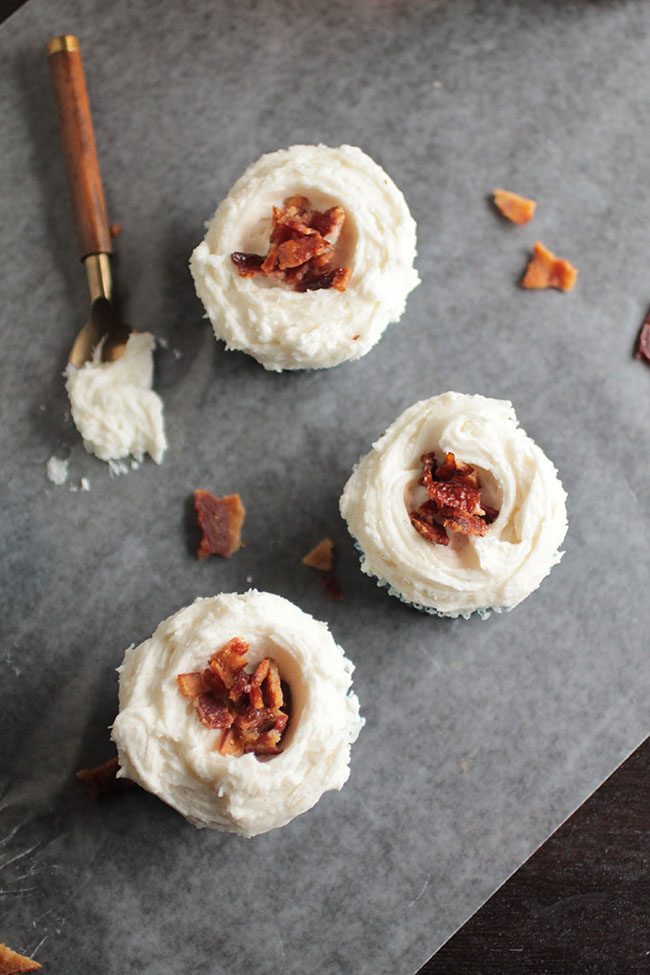 I topped these cupcakes with plain ol' bacon, baked until crispy. But they would also be straight up deeee-lightful if you candied the bacon first (maybe with brown sugar and, umm, more bourbon?) 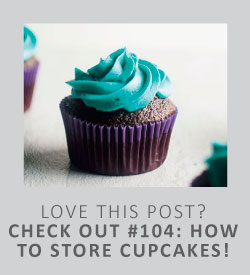 The recipe as written here is simple enough that you can bust these out pretty quickly, but if you're in an all-day baking mood you can dress them up with candied bacon and mayyyyybe even a bourbon caramel sauce? Yes? I think yes.

Just remember not to top the cupcakes with bacon until you're ready to serve them, and don't leave them out on the counter or on a table for long periods of time. Bacon is meat, after all - you're going to want to keep that ish refrigerated.

If you prefer, you can top the cupcakes with bacon early and keep the topped cupcakes in the fridge until you're ready to eat them, but I prefer to eat my cupcakes and frosting at room temperature rather than chilled.

No matter what temperature you eat them at, though, these bourbon vanilla cupcakes are happy-dance worthy.

Bring on the potlucks and BBQ weather! Because we've got dessert covered. 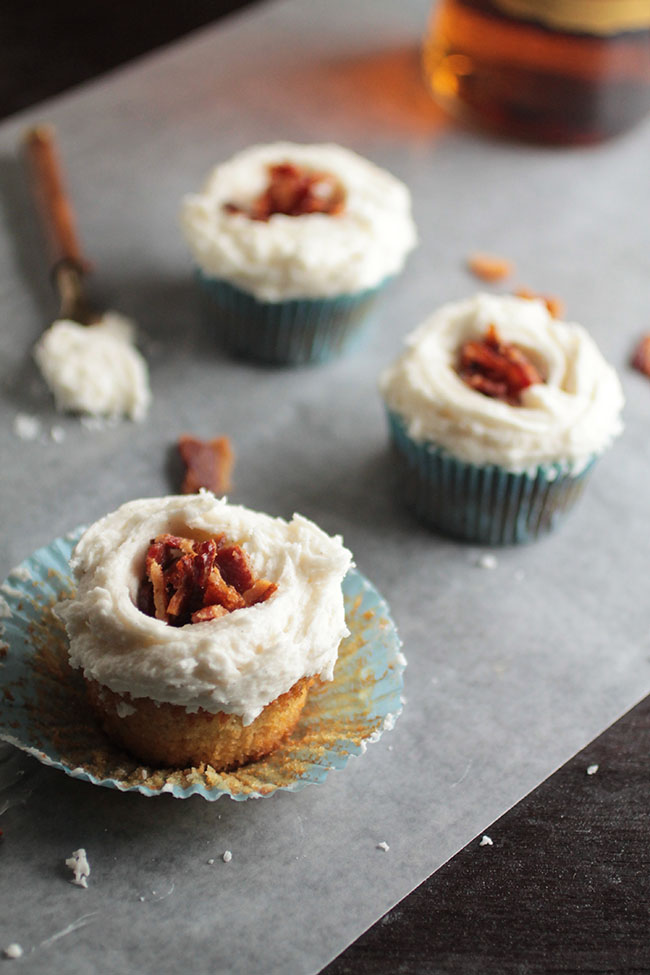 Don't leave bacon out on the counter! Top cupcakes with bacon right before you eat them, or keep bacon-topped cupcakes covered in the fridge until you're ready to serve.

Exact baking times will vary by your oven. Keep an eye on the cupcakes and, if they're not fully cooked after 15 minutes, give them a little more time!