This easy tomato crostini appetizer is sure to be a hit! Lightly dressed arugula with a lemon vinaigrette, flavorful burst cherry tomatoes, and creamy burrata cheese make this a delicious recipe. Vegetarian. 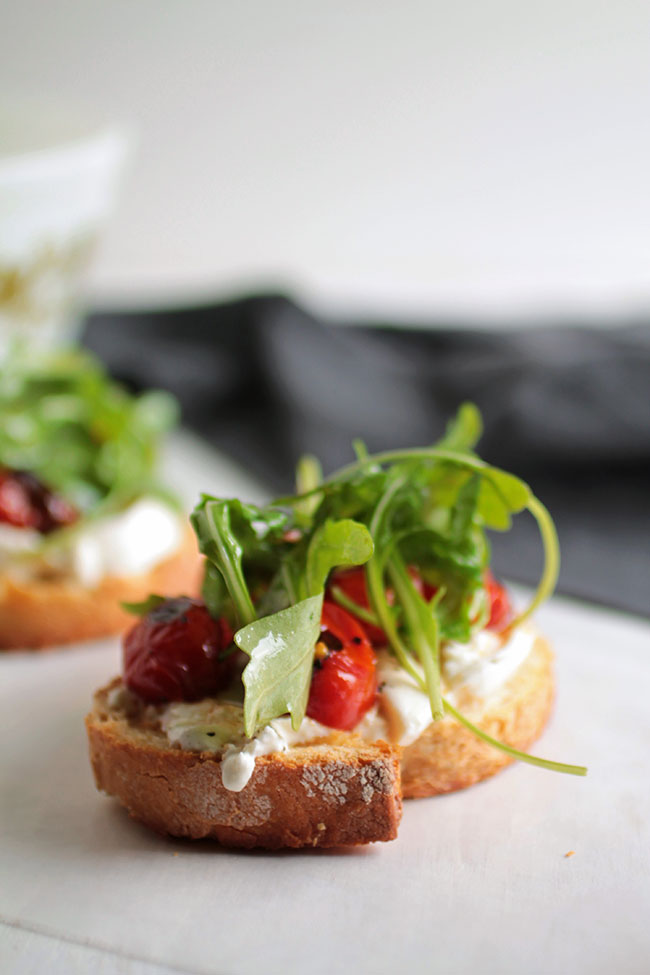 Ahhhhh, crostini. How I love thee.

So many options. So many choices. 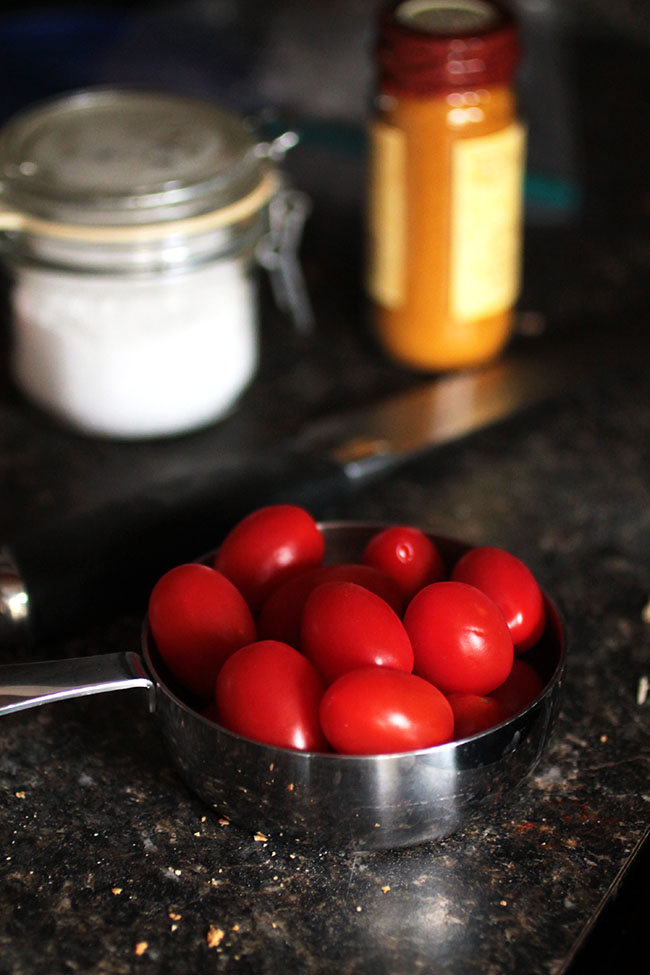 I've been a big fan of this crostini since I had a similar version while in Boston for a conference last month.

Generally, I'm one to stick with the good ol' tomato-cheese-basil combo with a dash of balsamic. But I was surprised at how much I liked it with arugula instead - and that's saying something, because tomato+basil+balsamic and I have a love affair for the ages. 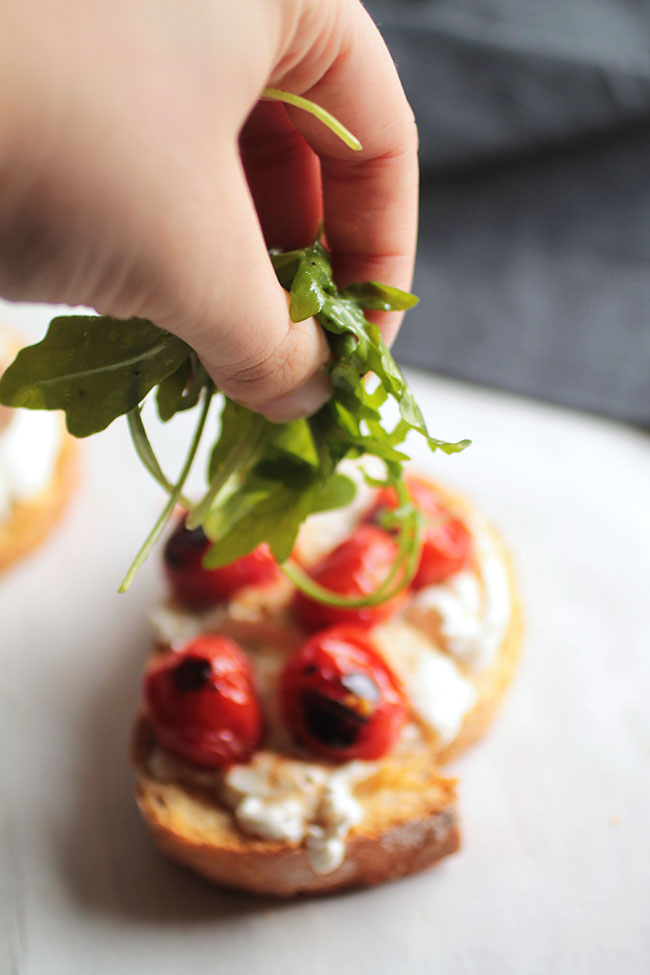 As soon as I got home, this was at the top of my make-for-lunch list. So I made it. And then I ate it.

And then I made it again.

...And then another time after that. 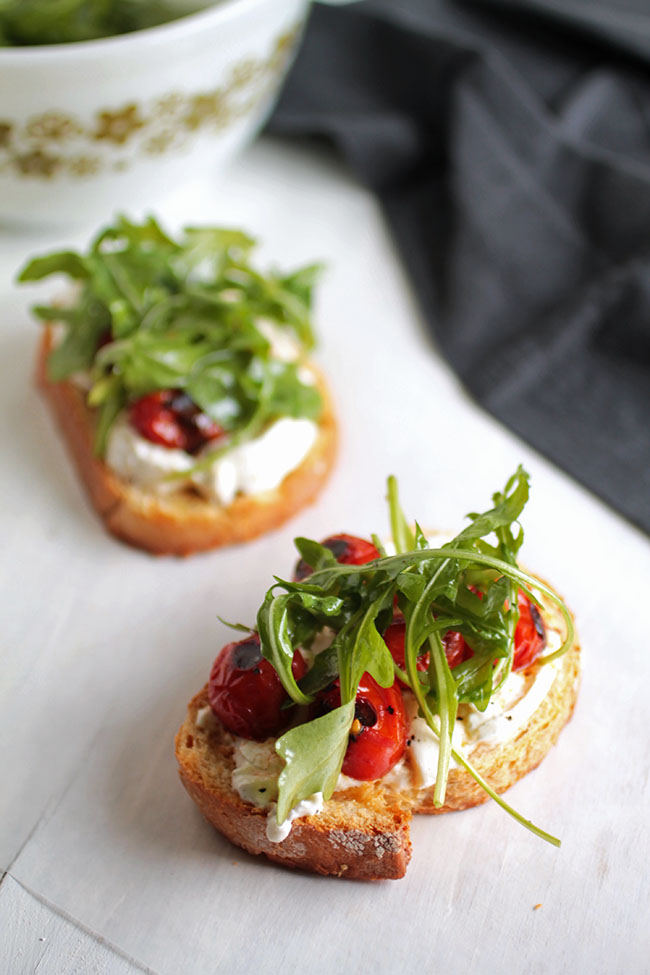 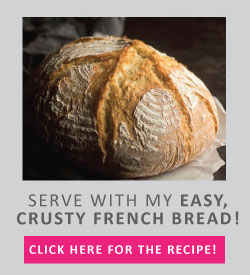 I think I've been compulsively eating this crostini for two reasons: one, it's friggin' delicious and I love it, and TWO, I've been so busy with that whole finishing-my-Master's thing (pffft, how annoying) that finding time to eat anything at all is starting to feel like life's greatest struggle.

Also, this crostini is super simple, has minimal cleanup, and is ready faster than you can say "OMG I HAVE TIME TO MAKE FOOD TODAY I AM TOTALLY EATING CROSTINI." (Not really. But you know. Still fast).

For the most part I've been living off Panera and Thai delivery and the occasional (ok...the not-so-occasional) bag of tater tots.

So on days when I, like - have time to TOAST something?

This lickety-split crostini. All the way. 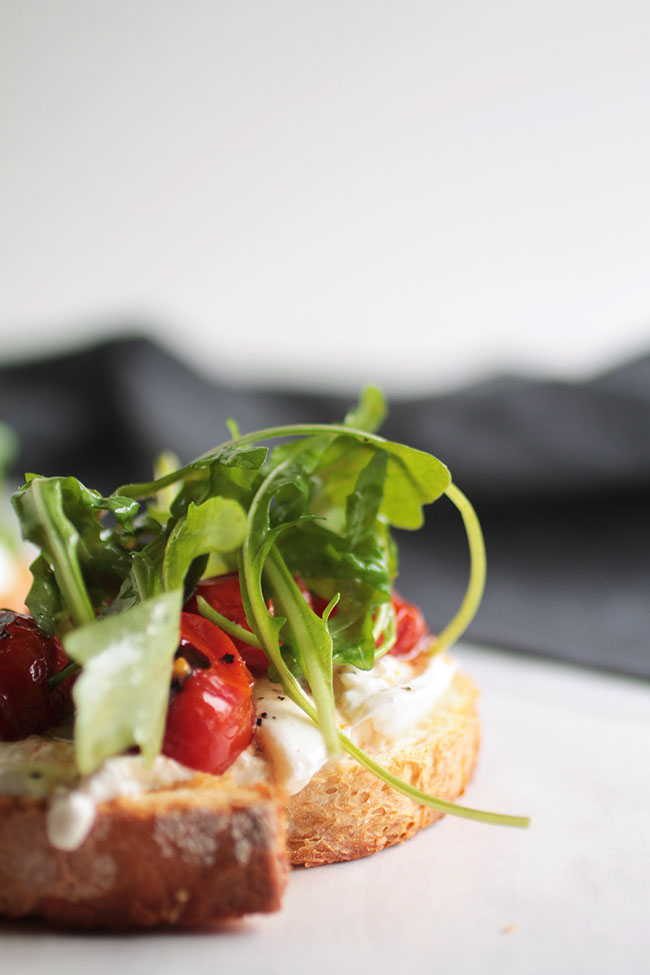 A quick and delicious crostini recipe with blistered tomatoes and fresh arugula.

If you don't have burrata, substitute fresh mozzarella or goat cheese.