You mayyyy have noticed that I've developed a slight obsession with Greek Yogurt. I've been putting it in EVERYTHING. As in, ALL OF THE THINGS THAT I EAT EVER. And here's another one. 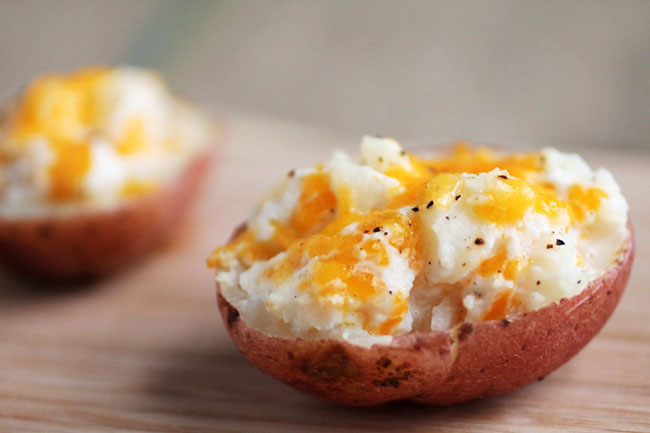 I am a sucker for twice-baked potatoes. I rotate through a few different versions, but this one is simple, tasty, and classic. The greek yogurt lightens up a traditional recipe without sacrificing any of the creaminess that comes with cheese or sour cream.

These are especially great because they are easy to make in advance. After stuffing them, refrigerate or freeze the potatoes until you're ready to eat! Cheddar cheese, a bit of salt and pepper, greek yogurt, and BAM! Deliciousness. No other explanation needed. 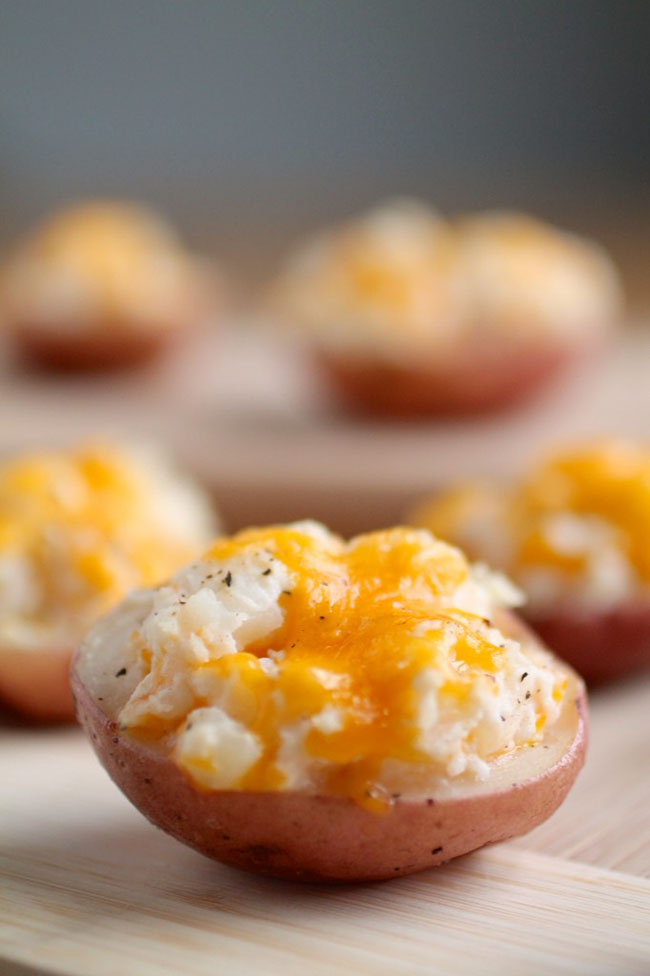 These easy twice baked potatoes get a burst of flavor from Greek yogurt!